One such village was Hinua in the sub district of Kalumpang in the province of West Sulawesi, Indonesia. A BTS system was deployed here almost 2 years ago. Out of the total village population of 800, almost 90% subscribed to the network almost immediately. 25% of these people subscribed to data services as well in addition to voice calling. For the residents of this village, life has changed in the last 2 years. 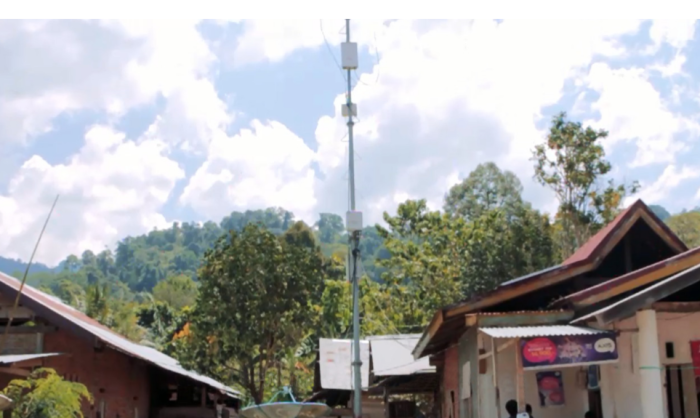 30-year old Muhammad Sobri, a nurse in Hinua still remembers the nervous knocks at his door in the dead of the night – all from the villagers in need of help for medical emergencies. Sometimes his help reached them too late, often making the ailing’s misery worse. Now, people from his community just give him a call and take advice. All health issues – big or small- are now addressed immediately and on time.

For Imelda, a 16-year old student, the shift has been much more profound and personally fulfilling. She had never used a phone until the BTS was deployed. The first call she made was to her father who is home only once in every 6 months from the city. She can now talk to him whenever she wants. And this was only the beginning. Since she discovered 2G on the phone, she’s been using it to access the web not just for her school work, but beyond. Imelda is now striving for a scholarship to study to become an engineer.

There are countless such life-changing examples of the people of Hinua. They are now connected to each other, and more importantly to the rest of the world. But the journey of bringing connectivity doesn’t stop at Hinua. There are many other villages in Indonesia that are waiting to be connected. MNOs traditionally don’t venture into remote and rural areas because of poor business returns. But with Omoco’s successful deployment, in collaboration with a system integrator & an MNO in Hinua, a strong business case has emerged.

Omoco’s BTS deployment can be turned into a profitable business opportunity for one or multiple stakeholders such as VOIP/VSAT operators, ISPs, & aspiring entrepreneurs in addition to bringing last mile connectivity to unconnected communities.

Want to connect your own community? Fill your requirements here.